Will the Fisher v. University of Texas nightmare ever end? I feel like it’s haunting me. We need a SCOTUS exorcism, led by RBG, where the justices (those who voted against granting cert, anyway) banish Abigail Fisher’s petulance from the Court’s docket forevermore.
Fisher, begone!What is Abigail Fisher even doing these days? Is she trying to get a second bachelor’s degree at UT? Or is she just living in Edward Blum’s holding pen for potential litigants?
How about for Fisher, rather than ruling on the legal merits, Justices Thomas and Sotomayor simply lip sync for their lives, RuPaul’s Drag Race-style, and whoever wins gets to choose the outcome? If you agree with this solution, write your suggestions for which song they should lip sync in the comments section below. Maybe RuPaul can guest judge at the Court that day. (“Justice Thomas, sashay away.”)
Well anyway, the Court ended an exciting term today. And by exciting, I mean not dreadfully disappointing for liberals. In fact, it was a pretty good term for RBG-Americans. It’s probably a good sign when Justice Ginsburg isn’t forced to pen any towering dissents during the term.
Today in Arizona State Legislature v. Arizona Independent Redistricting Commission, our judicial queen wrote for the five-justice majority that democracy is not only good, it’s constitutional. Four of her colleagues disagreed. Apparently for the conservative justices, democracy is more applicable in some cases than in others. When it comes to, say, same-sex marriage or the death penalty, it should be up to the people. Campaign finance and gun control, not so much. And of course, the voting public has no role in changing their electoral systems; that must be left up to state legislators—you know, the people who benefited from the current electoral systems. Chief Justice Roberts wrote in dissent, “Unfortunately, today’s decision [upholding a popular referendum] will only discourage this democratic method of change [i.e., the constitutional amendment process, in which a minority of states, and an even smaller minority of state legislators, can prevent an amendment from being ratified].” To quote Justice Scalia, “Huh?”
The power of the jabot.Then there was Justice Breyer’s dissent in Glossip v. Gross (a perfectly vile name for a lethal injection case), which only Justice Ginsburg joined, marking one of the important milestones in a liberal justice’s tenure: when they decide that the death penalty is irremediably unconstitutional. Justices Brennan and Marshall both arrived at that conclusion relatively early in their time on the Court; Justices Blackmun and Stevens both waited to the very end.
I found Justice Ginsburg’s decision to join Breyer’s dissent especially interesting because RBG has stated previously in interviews that she had decided not to follow the Brennan/Marshall approach because she felt that it had removed them from the debate entirely and that she could have more influence if she if she took a more open approach. I wonder what changed. Maybe Glossip helped make it clear that among the current justices, the lines have been drawn and there’s not much room for influencing a decision, so she might as well come down completely against the death penalty. But of course, that’s total speculation. In any case, it’s heartening to see her and Breyer take a definitive stand.
Well, that’s it for the 2014 term. All there is to do is wait for the horror of Fisher II. I’ll be looking forward to that lip sync. 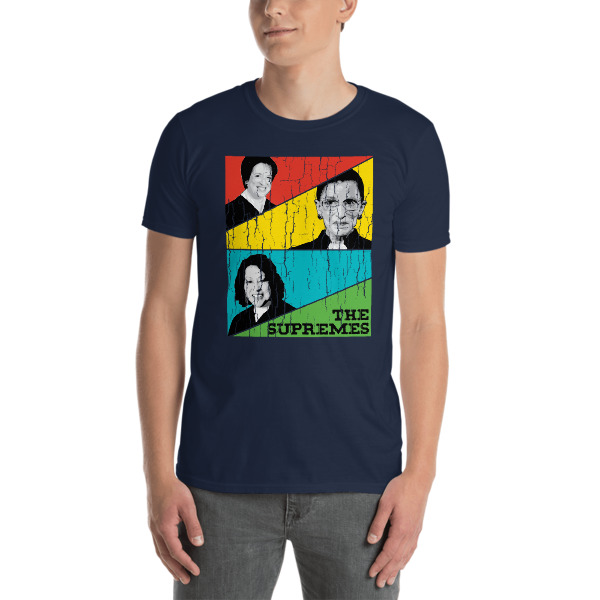