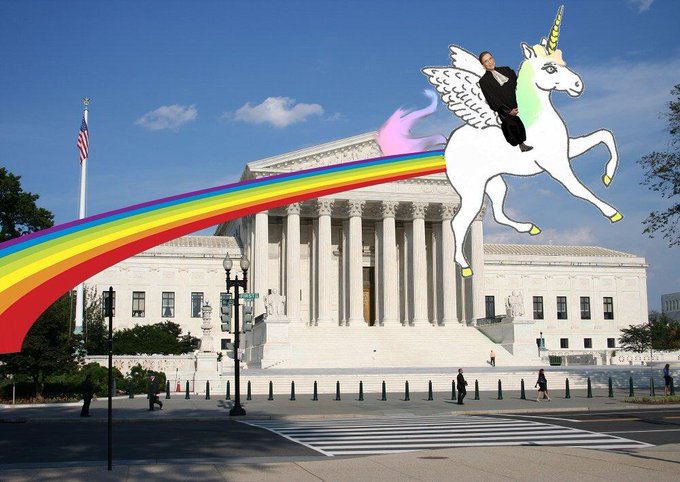 I know there must be one, or even two, people reading this blog, waiting for a post. So here it is:

The RuthBaderGinsBlog started in 2012. I had already come to love RBG, and talking to some others who did too, I felt I needed an outlet for that admiration.

So I started the RuthBaderGinsblog. I got to semi-meet RBG a few months later in D.C. (For my ego and satisfaction, I’ll consider it a meeting; she spoke to a group of about 100 students, and I answered a question she asked the audience.) The following year, the cult following of RBG really took off. I’m glad I can say I was ahead of the curve.

And I’m very sad to say that I was wrong in my first post, in which I declared RBG literally immortal. Though I suppose I can say something cliche like, “She will live on in our hearts.” And she will.

In recent years, as I’ve, um, moved further left, I had at times come to see RBG as just another liberal. Sure, with an important, trailblazing career, but not someone working to seriously change the system. Insofar as someone who ends up on the Supreme Court is unlikely to truly upend the system, my views were probably correct in that sense.

But her loss now underlines an important fact, that in the past 25 years, there has maybe been no stronger voice for justice on the Court than hers. There’s a reason her dissent in Shelby County v. Holder in the Voting Rights Act case caused her popularity to explode. (At least we can take some solace that we still have Justice Sotomayor, who will no doubt be the main voice of justice on the Court now.)

RBG wasn’t perfect, either in every single vote she cast on the Court or, say, in her stated views on kneeling NFL players. But she was damn near perfect in so many instances. Let us remember her criticism of Trump as a candidate in 2016. As I wrote at the time, she apologized but she shouldn’t have. Because she was right. And I can say that personally, she cast votes on the Court that have positively affected my life.

In a way I wouldn’t have expected before yesterday, I know I will truly miss her. That the GinsBlog got enough attention to be mentioned in her presence by another Supreme Court justice is something I will always be proud of.

I know that somewhere, RBG is riding her flying unicorn off to a happier place. Thank you for everything you did for us, Justice Ginsburg.