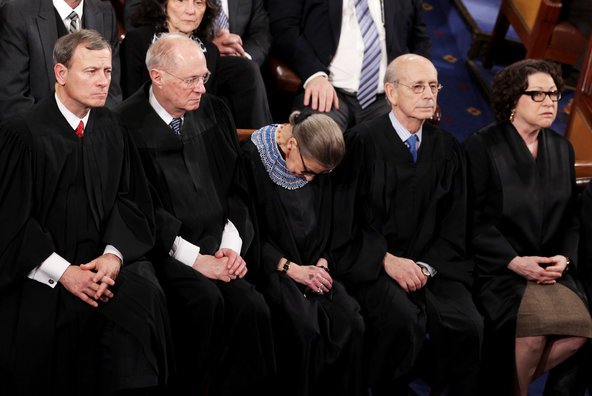 #NotoriousRBG #RuthBaderGinsburg #Feminist
I know you guys admire RBG in so far as I do. I came across the next very interesting article. Sweet beans!

What kind of Ruth Bader Ginsburg tribute blog would this be without a post celebrating the Justice’s 82nd birthday? Well, one that’s been largely inactive the past year. But here it is anyway! Happy Birthday, Justice Ginsburg! I look forward to wishing you happy birthdays well into the 22nd Century!

Sadly, the RBG-mosaic-portrait for a birthday present idea didn’t happen. But luckily, others have considered gift ideas for the Baddest Bitch, too. ABC News posted an article about 10 gift ideas for Justice Ginsburg. Personally, I most like the idea of overturning Citizens United as a present. It’ll be a gift for the whole country!
There’s also the female justice Lego setthat’s been making the rounds. We all know RBG would love to display one in her chambers. I can’t believe Lego rejected the proposal, those assholes, because it’s “political.” Is the idea of female justices really that controversial? I think we could point to some pretty conservative opinions that Justice O’Connor joined, to demonstrate that favoring the idea of more female justices isn’t purely ideological. If Harriet Miers had made it onto the Court, I bet Lego would have approved the set!I bet she’s dreaming of an all-female Supreme Court. Sorry not sorry, Breyer.How about for her birthday, Justice Ginsburg gets America a gift! Namely, using her magical powers to prevent the conservatives from depriving millions of Americans of health insurance. I have a feeling that she’ll end up writing some kind of concurrence in King v. Burwell—but hopefully not a dissent! And late next month, we’ll get to see what Real Bad Gangsta says during oral arguments for the same-sex marriage cases. During Windsor OA in 2013, she stole the show with her dairy references. What might it be this time? Perhaps she’ll use analogies involving Justice Kennedy’s fine wines.
As an aside, perhaps the only good thing about the Senate now being controlled by sociopaths (well, Republican sociopaths) is that there are no longer liberals calling for Justice Ginsburg to step down. As it should be! Happy Birthday, RBG!
(Bonus points if someone can come up with a clever title for this post. I considered “RBG Now, RBG Tomorrow, RBG Forever!” But I figured it was unwise to repurpose slogans of segregationists.)